On the Workbench: Last of the ships and N.Africa bases upgrade

The final 1/3000 scale ships have been completed bringing to a conclusion the current naval painting project. All Navwar unless otherwise stated.

First up, 3 ships for the forthcoming Battle of River Plate game: 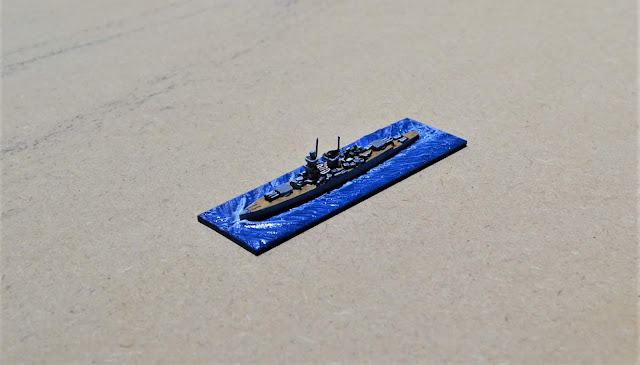 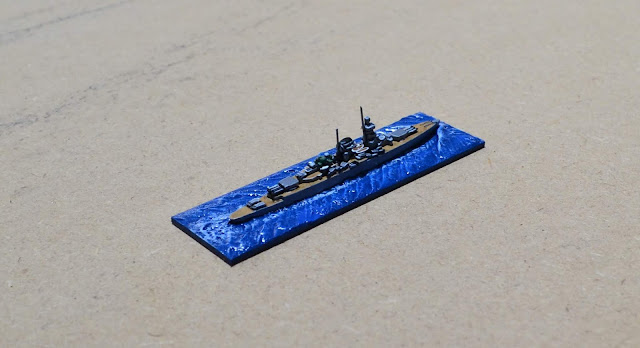 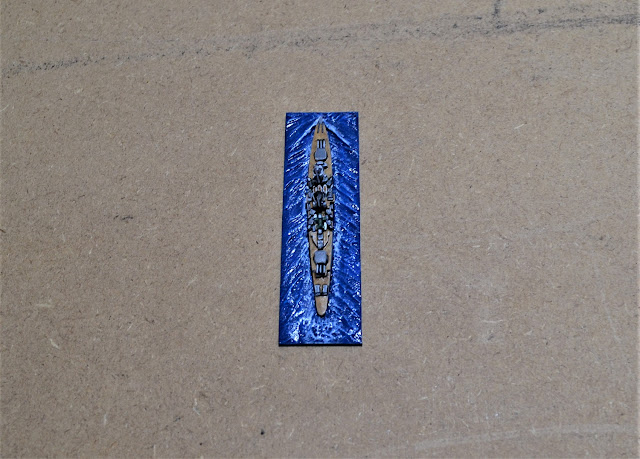 With the air phase of Day 3, Move 2 complete, all naval elements were moved: 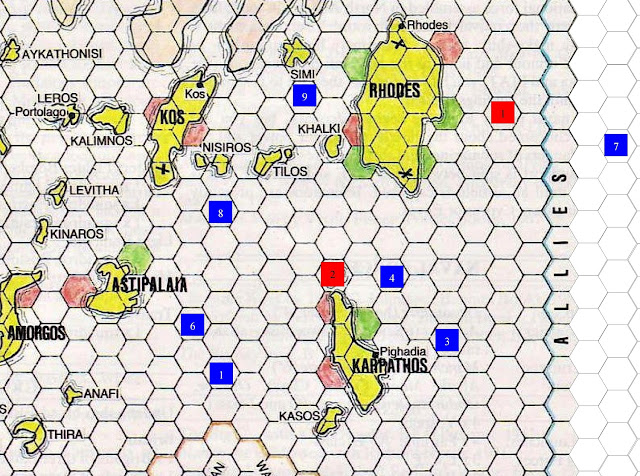 Several Axis flotillas have returned to port for refuelling. The U-Boats (blue 3 & 4, the latter submerged) attempt to close in on the US fleet.

As the allied fleet transporting US landing forces destined for Karpathos steams towards that island, a formation of aircraft is picked up on radar heading in their direction. The sole remaining Seafire performing a CAP piloted by a Junior Ace Squadron Leader, is vectored towards the formation which is a mere 10,000 yards away. 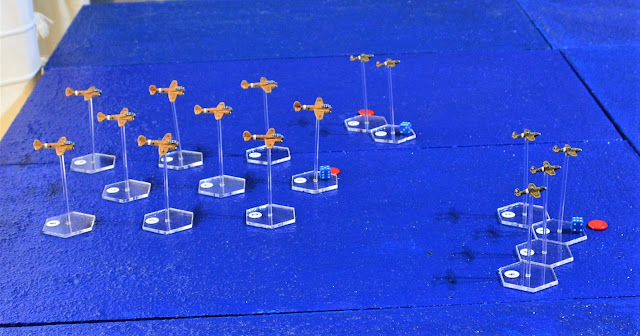 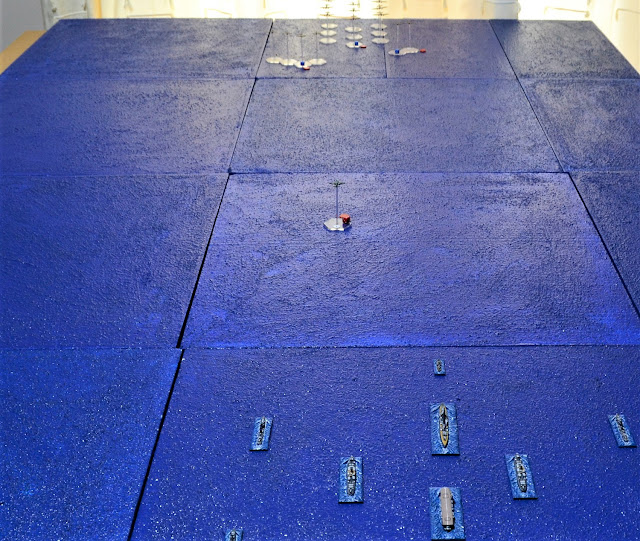 Overview at the start with the lone Seafire in the centre on his way to intercept the enemy bogeys.

This week saw the completion of more 1/3000 vessels for Op Nostalgia. All are Navwar. 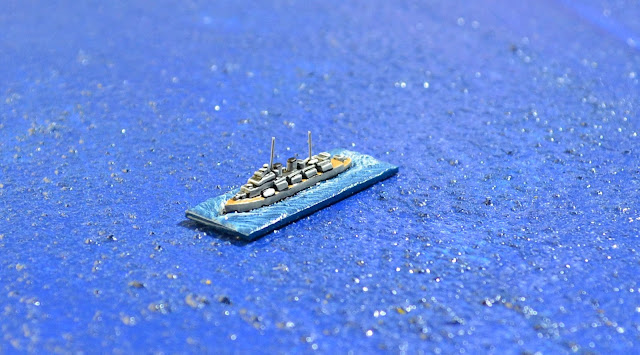 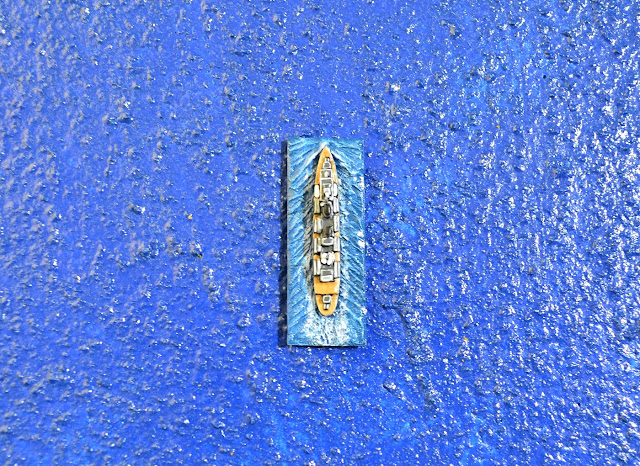 The Troop Transport Prince David. Unfortunately this ship was sunk in my campaign but will always be useful for the future.

Labels: On the Workbench, WW2 Naval

Warplan 5/5 For Sale on Ebay

For those following my Napoleonic Campaign, you will be aware that I am using a map campaign system produced in the 1970's and long out of print.

Currently £19.95 with zero bids. I heartily recommend it if you enjoy campaigns but I suspect it will sell for more than that.

Gonsalvo kindly pointed out in the comments section that this does not appear to be the full set. I have had a fresh look at the ebay sale and clearly I should have looked more closely! The original set included 3 sets of cards, 3 books and a host of other stuff including pads for recording various aspects of the campaign and counters. 30 x double sided cards makes up one set. It may be worth asking the seller if you are interested to ensure that the 51 cards being sold includes one full set.

For my campaign I only use the cards and the book which contains all the info you need. I created my own system for recording casualties etc. on my laptop so did not need the additional stuff.

Hoping to replicate their success on the Maritza airfield raid, a combined allied bomber formation escorted by fighters set out from Cyprus to bomb the other Rhodes airfield at Cattavia.

In total, 12 Mitchell and 7 Boston bombers are escorted by 10 Hurricanes and 9 P38 Lightning fighters. 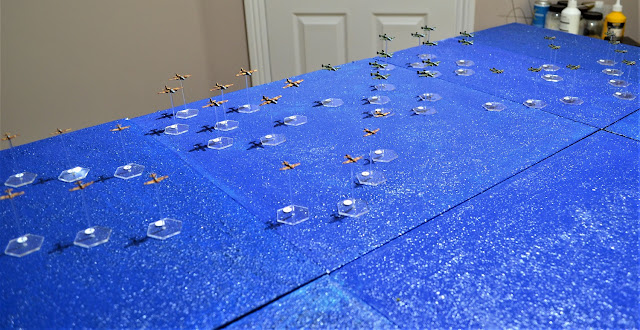 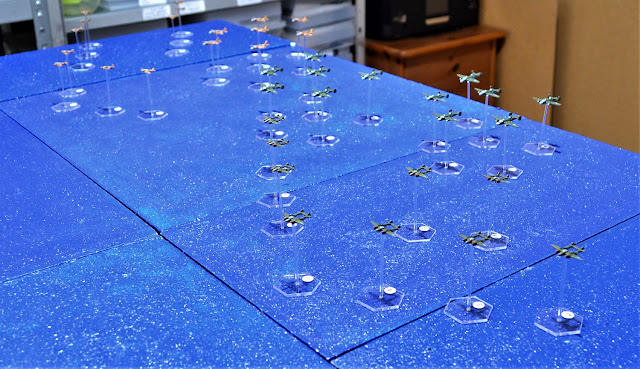 With my attention now firmly focused on completing the naval elements for the Op Nostalgia campaign, several more ships have been completed: 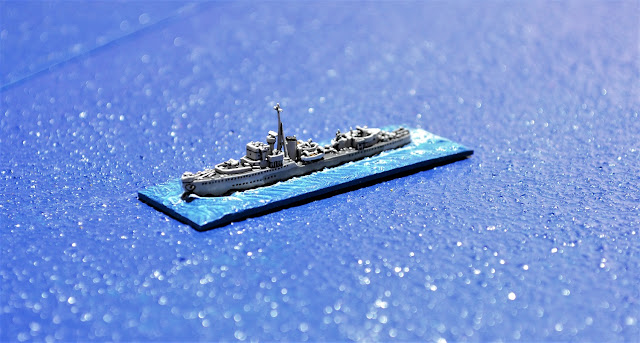 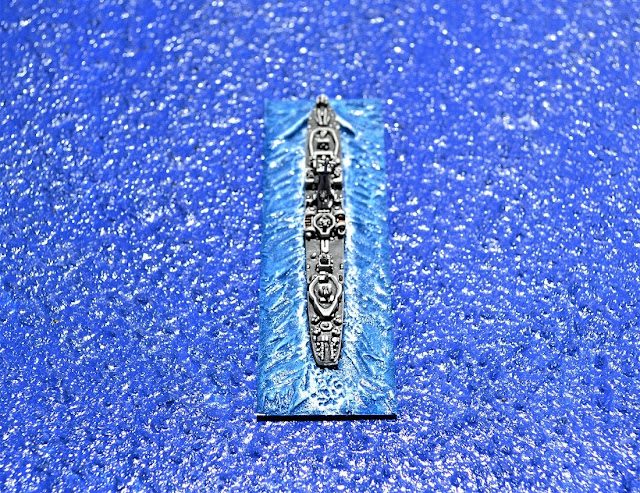 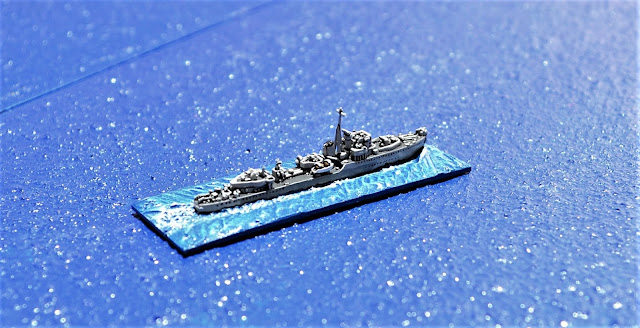 The last (for now anyway) 1/1200 ship. My namesake HMS Bleasdale, a Type 3 Hunt class destroyer. She actually spent most of her time in the channel and was involved in a number of minor actions in addition to supporting the Dieppe and D'Day landings.

Fine weather continued into nightfall for the final move of Day 2. With no intelligence gained this turn and no aircraft in the air it was straightforward ship movement. 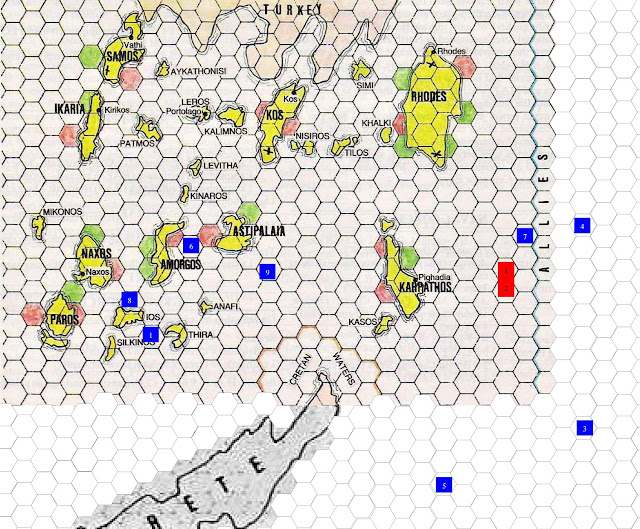 Axis forces continued their random movement on patrol with the allied main fleet to steaming towards their destination.

A note about the counter blue '1'. This is the Kormoran which in the campaign was purely to be a troop transport rather than the famous Armed Merchant Cruiser. However, I have had second thoughts and it will be that AMC. I apologise to the purists as this is of course totally unhistorical, but having acquired it together with all the other AMC's in a pack from Navwar, felt it would add a little more spice to the campaign. I have reduced it's troop carrying capacity to that of a cruiser and it will now roam the map looking for victims. 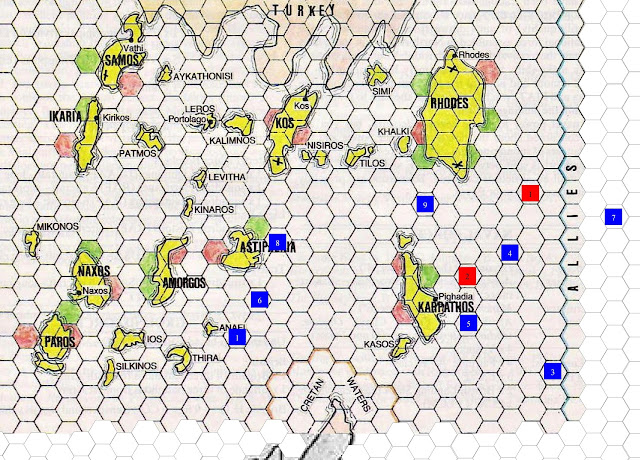 The first move of Day 3, another night move, saw the fine weather continue and the Axis forces gained intelligence about red '2'. The allied force having split in two with '1' heading for Rhodes and '2' Karpathos. The only Axis naval units that can pose a realistic threat to the allied fleets are the 2 U-boats, blue '3' and '4'. They make for the location of the fleet sighting and other units close the gap should any opportunity arise for them to intervene with any stragglers etc.

On the Workbench: JU52's and final batch of ships.

Helping my elderly parents move home over the last few days has slowed my wargaming activity to a crawl! I did however, manage to complete the final aircraft for Op Nostaglia: 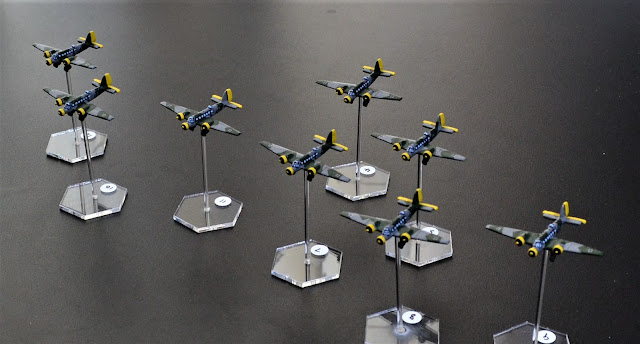 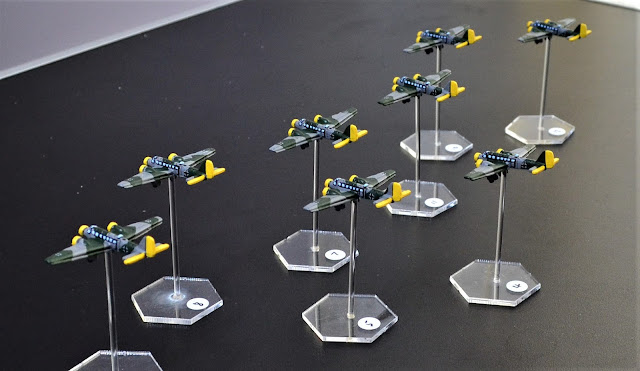 JU52's now complete the Op Nostalgia aircraft project. As with the other aircraft they are 1/600 by Tumbling Dice.

Having been spotted by an Arado Floatplane, the main allied invasion fleet is the target for an Axis air attack.

The Axis air formations were picked up on ship's radars at 15,000 yards (150cm) leaving little time to get aircraft airborne from the carrier HMS Avenger. 4 Seafires from blue section were already in the air forming a CAP. 8 Seafires on the deck of the Avenger scrambled to get airborne.

Before I detail the AAR a few words about the rules. Bag the Hun is used for purely the air to air phase with GQ3 for the air to ship. You will have seen from the previous action involving the Cyprus fleet that this neatly split into two different parts with the air to air phase concluded before the bombing attack. This action will not be so convenient due to the close proximity of the fleet.

I had considered just using BTH as it caters for ship action. However, I felt it was all a little too generic for the purposes of my campaign. The ship's AA capability is based on the type of ship rather than what it was actually equipped with historically.

I have therefore created a basic hybrid of the two to allow the ships to respond as per GQ3 but BTH continues with the air to air section. A very brief overview:

2 x BTH moves = 1 x GQ3 air phase (3 air phases = 1 GQ3 move)
A chart was created showing the GQ3 altitude levels in comparison with those of BTH (14 levels in GQ3 v 6 in BTH). Fortunately level 3 in GQ3 is the same as level 3 in BTH which happens to be the maximum height for close range AA fire. Long range being level 4+.

The tricky part commences when the bombers begin their torpedo attack runs. Any Seafires attempting to shoot them down would have broken off by now to prevent them from flying into the barrage of AA fire. So GQ3 now kicks in for the bombers covering the torpedo attack.