The next battle in my Napoleonic campaign is Grazzbenn which sees a large Prussian army pitted against Napoleon. Over 5,000 figures will be on the tabletop, 3,000 of which are Prussians.

On examining the orders of battle I found I was several Prussian units short amounting to over 700 figures. It gave me an opportunity to further build on my Prussian collection bringing my long term aim of refighting Ligny and Wavre a step closer.

One of the more interesting units to paint was the 28th Infantry regiment. This was a Berg unit and differed from the standard Prussian line and reserve regiments in having a white uniform. 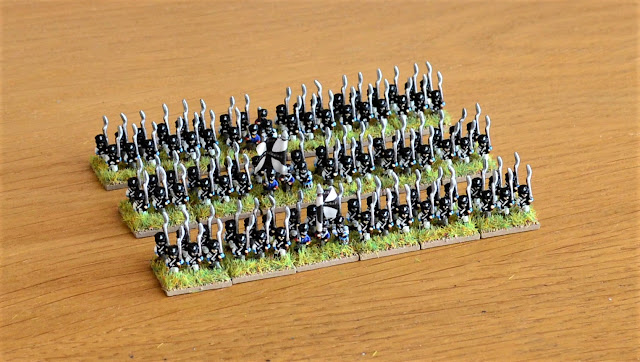 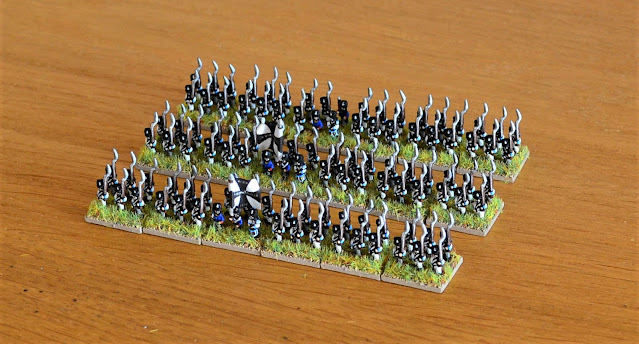 I used Baccus French line infantry being fairly close to the illustrations of these troops. I can find no record of flags issued to the 28th in 1815 but gave their 1st and 2nd battalions generic Prussian standards to more easily identify them.

Labels: Napoleonic, On the Workbench

On the Workbench: Napoleonic Spanish for Talavera

The next game due on my tabletop will be Talavera. Having thought I had painted all the figures required I discovered I was missing one battery of Baden artillery and now awaiting a delivery from Baccus. In the meantime I am reverting to my "On the Workbench" updates to provide a flavour of what I have been painting over recent months.

One of the larger painting projects was the completion of the Spanish contingent for the battle:

Labels: Napoleonic Peninsular, On the Workbench 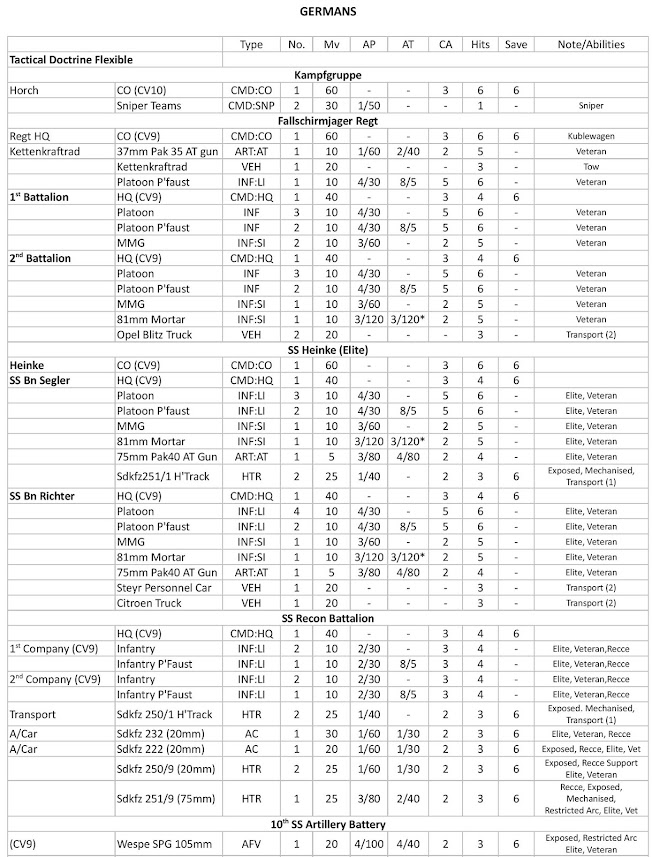