The situation by nightfall on 5th March 1808: 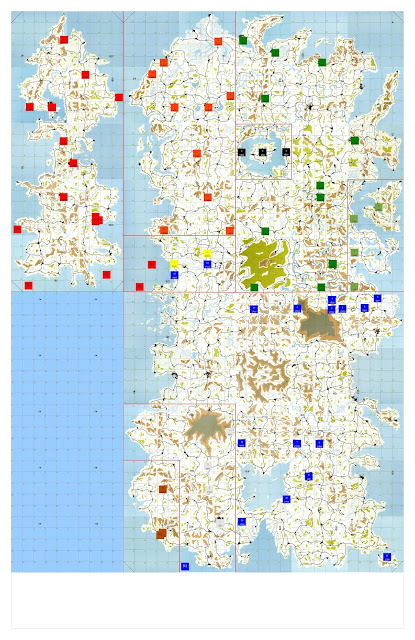 Nap Campaign: The Battle of Greysands

In response to queries about how I calculate casualty recovery post battle, I have attached details here. I have also included how units are re-rated depending on how they perform, gain new recruits, capture or lose a flag etc. There is also the issue of Generals KIA. Again I include how they are replaced. 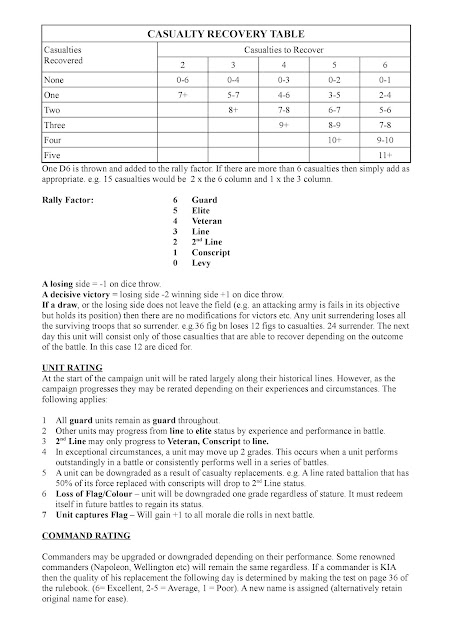 With regard to the naming of replacement commanders, I retained their original names for a variety of reasons but this was before any of this being made public. It will be my intention that for any future losses new names will be allocated.

Nap Campaign: The Battle of Sharpsborg 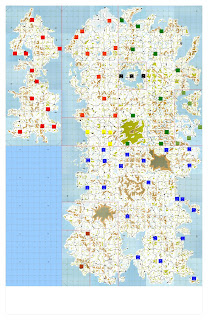 As a reminder, this is the situation at the start of the campaign with a date of 1st March 1808.

Napoleon starts to move his forces towards the French borders. He has split his army into 3 commands:

I have said that I would probably not add this to my blog due to the time involved, but then I thought what the heck! So here goes for my Napoleonic Campaign:

I have always enjoyed playing out campaigns which add a whole new dynamic to fighting battles on the tabletop. An important consideration is losses which can have serious implications for future battles if a commander is reckless. When amassing my figures for my Waterloo project I decided to create a campaign which would provide encouragement to get figures painted. This also extended to a Peninsular war project. By using the 100 days campaign orbats in my campaign it meant that all those units could be used outside the limitations of the former. There was not much need for Dutch/Belgians, Nassauers etc. in my Peninsular War project for example. I started this campaign in March 2015. So far there have been 17 battles of various sizes including two naval actions. A couple were fought in 15mm as they were smaller actions but the rest was in 6mm. This campaign has barely started and in reality I am not sure that it will ever finish. It is my little indulgence and mostly fought solo although my sons occasionally dip in.

I have previously commented about the command and control mechanism I use for my 6mm Napoleonic and ACW games to replace those contained within General de Brigade and Guns at Gettysburg rules. I include here some of my thoughts on using 6mm figures and other rule amendment I have made.

For me, the pleasure of using 6mm figures is that it enables me to field large forces on a standard wargames table (for me that is maximum 7'6" x 4'6" but most are played on less than that). This means fielding several Corps but still having the battalion as the base unit. A frequent comment is heard that when playing such a large level game, you, as the army commander, will not be interested in what individual battalions are doing. Therefore the base unit tends to be the Brigade with abstract mechanisms to represent combat. I can fully understand the reasons for those comments and this is not meant as any criticism, but I am interested in what is happening at battalion level simply because it is part of the fun of wargaming. It can provide for intense drama with an almost cinematic feel to a game.

Kingmaker - Wars of the Roses 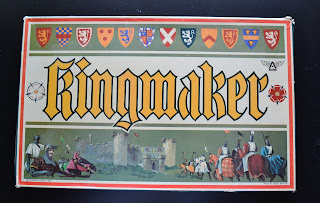 With the Wars of the Roses campaign about to start with my son, Jack, here is an overview of what this is all about.

The boardgame 'Kingmaker' is being used as the source for the campaign. We are essentially playing the boardgame as is but instead of resolving any battles as per the game, these will be played out on the tabletop. Sieges will be resolved as in the boardgame however, although we may chose to play one or two on the tabletop if viable.

This was a battle fought a couple of years ago and the first of what is intended to be a comprehensive refight of as many battles of the Peninsular War as possible in chronological order.

This was also the first test of using General de Brigade rules for 6mm. At the time I used skirmishers but it quickly became apparent that for larger actions it was not practical in this scale. It was simply too fiddly. This game was also played using the Command and Control system in the GdeB rules. Most British units have been painted up for Waterloo so wrong shako, grey trousers and the Dragoons also have wrong shako. Other units had to be used for Portuguese cavalry. 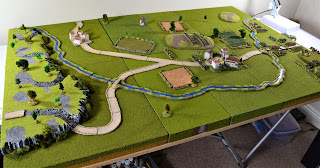 A brief look at planned battles I intend to post on the blog together with current projects. Within a couple of days I will have completed a rather less than enjoyable period of decorating the house! On a positive note though I am reorganising my wargames room which should enable me to extend the maximum wargames surface to 7'6" x 4'6" from the old 6'9" x 4'6" (my terrain boards are 9" squares). And then on to the following:

It is my intention to work through the Fire & Fury Scenario books including the Regimental versions, and also the scenario books written for the Guns at Gettysburg Rules by Dave Brown. As with the Napoleonics these will be 6mm figures from the Baccus Miniatures range.

The Napoleonic Command and Control system has been use but slightly reworked for ACW. Similarly, adjustments were made to reflect the fact that each unit is a brigade rather than a single battalion for the brigade level F&F scenarios.

In response to queries about how I have adapted Sam Mustafa's command and control system from his Grande Armee rules I provide some basic detail here. I am loathe to publish the full reworking for fear of breaching copywright laws and also out of respect for Sam's hard work.

Turns are broken down into 4 phases for command and control purposes with each phase being one complete GdeB turn. (I work on the basis that 4 GdeB turns or phases = 1 hour). At the start of the 4 phases the CinC rolls 2D6 and to this he adds 1 for each brigade C/O, 2 for each divisional C/O and 3 for each Corps C/O. If an Exceptional CinC then add 1/3 and if poor deduct 1/3. The result is the number of pips (I use counters) he is allocated for that 4 phase turn. Each of his subordinate commanders (not brigade C/O's) rolls in a similar fashion to ascertain the max number of pips each is able to hold for that turn.

The CinC then allocates pips to his immediate next in line commander. e.g. Army CinC to Corps, Corps to Div and so on. He deducts one pip for each 20cm band distance away to his sub C/O. e.g. if a Corps C/O is 50cm away then 2 pips are deducted from the CinC's pot. The Corps C/O undergoes the same process to allocate pips to his Div C/O. Any pips still held by the CinC or the Corps C/O can only be used for morale rerolls until the end of the 4 phase turn when the above process is repeated. Any surplus pips cannot be held over until the next turn.

The Brigade C/O then rolls 2D6 plus one dice for each pip he has been allocated and consults a chart to establish if he will act as ordered. An exceptional Brigade C/O can add or subract 2 to the die result and a poor C/O will subtract one. Any 2 dice can be use from those rolled.

Results will be retire, hold, active, attack depending on whether in charge reach or not.

Any detached units get their own 2 die roll but cannot be allocated any pips and they suffer a penalty from being out of command range.

I hope that this has provided a flavour of the Command and Control system I use which is not quite the same as Sam's. For further ideas I urge you to buy Sam's excellent rules which even if not used in their entirety, provide lots of good ideas to be used in your games. His command and control system provides for that added 'friction' in a game without getting bogged down and makes you think how you are going to allocate your limited pips. His free fast play version can be downloaded from here http://www.deepfriedhappymice.com/html/gw_ga_fastplay.html