The most recent Gods Own Scale podcast involved an interview of Greg Wagman from Little Wars TV. I had occasionally dipped into some of its Youtube videos but shamefully paid little attention. The podcast piqued my interest and I have begun watching the back catalogue of episodes on Youtube. And I can honestly say I am blown away. The production quality is easily on a par with professional TV documentaries with engaging characters and topics. The fact that no professional equipment or expertise was used makes it all the more remarkable.

Even better still, 6mm features prominently (although not exclusively) and demonstrates well the attractions of this scale. I would urge everyone not already aware, even those not interested in 6mm, to take a look at their videos. They include such topics as battlefield visits, rules reviews, terrain construction and after action reports. You can sign up on their website for access to other free stuff including downloads and videos. I have added a link to my links list on the right for their website which is here http://www.littlewarstv.com/. The Youtube channel is here:
https://www.youtube.com/channel/UCD6gPsr1xdvT9F4dntRAJ5g/videos

There is just one drawback. It generates ideas and inspiration for yet more projects!!! Immediately after their 'Trebia' episode I was scanning the Baccus website for Carthaginians!
Posted by Jon Bleasdale at 18:09 6 comments:

For the last few days, in between preparing ebay listings, I have forged ahead to complete the 2mm French Napoleonic Corps for my test game. This is made up of 3 divisions and 1 cavalry division. Each base is a brigade. The 3 artillery units and a Portuguese brigade in the foreground are Corps troops. 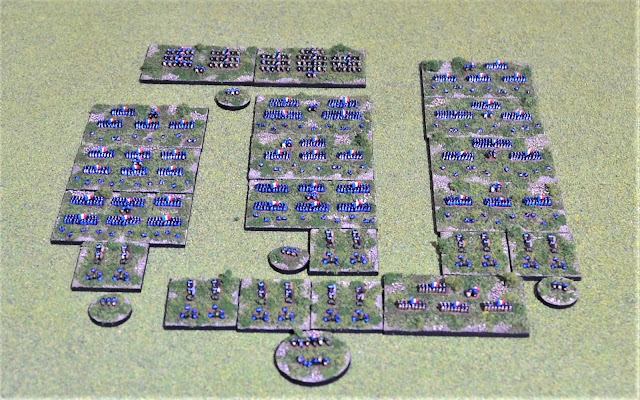 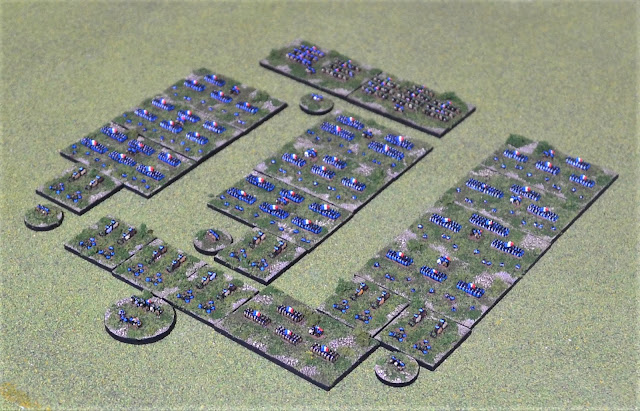 I do not like units to be too generic in size, preferring each to more accurately reflect differences in strength. Hence the variation in numbers. The game is now pretty much good to go and will be near the top of games to be played as soon as my ebay sales are finished. The plan remains to test the 'Blucher' rules versus 'Grande Armee' both by Sam Mustafa.
Posted by Jon Bleasdale at 17:02 13 comments:

On the Workbench: Two Regiments of Royalist Horse

Completed today are two more regiments of Royalist Horse for the forthcoming ECW battle, the Battle of Glastonbury. 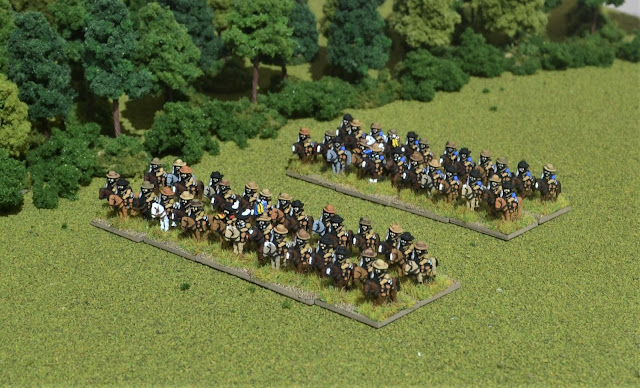 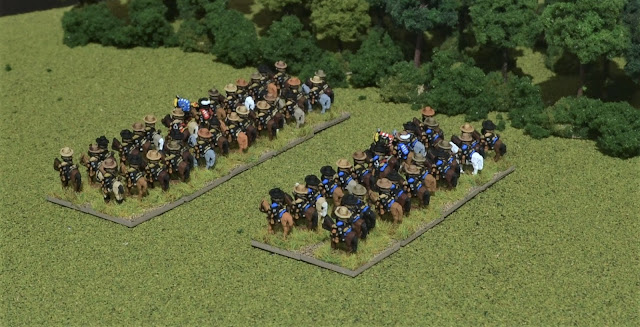 These are Sir Humphrey Bennet's Regt in the lead with Sir George Vaughan's Bluecoats in the rear. In reality they could be any Royalist Regt and with Bennet's Horse having no distinctive coat colour making it even more generic. In time I will paint up command stands with orange sashes enabling them to switch sides!

The trees in the background are the improved versions of cheapies from China. Aside from adding foliage to bases I am experimenting placing loose clump foliage around the wood perimeter. I will use a couple more different shades when placed on the tabletop to make it look a little more realistic.

Followers of the blog will know that I prefer single based trees for the versatility that offers. The downside being that it will be extremely difficult if not impossible to replicate some of the impressive dense woods placed on some tabletop battlefields. Foliage is at its most dense around the outer perimeter of woodland and I am hoping to improve the appearance of my woods by replicating that. How far I go with it will depend on how much it affects play. The more terrain you add the more impressive the tabletop but can also be a hindrance to moving figures around.
Posted by Jon Bleasdale at 17:27 15 comments:

On the Workbench: 6mm Streams or 2mm Rivers

A few months ago I converted several river sections I had made for 15mm ACW to streams/runoffs for 6mm. These were acetate with one side painted. I am now adding to them and include here a short tutorial on how these were made.

It is a very simple method, cheap, quick and quite effective: 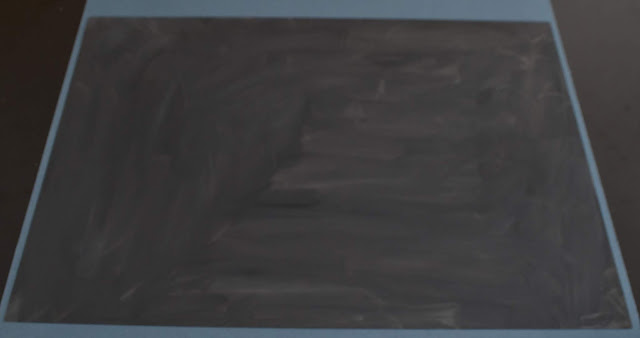 The first stage is to paint one side of an A4 size acetate sheet (I apologise for the slightly blurry image but hopefully you get the idea). 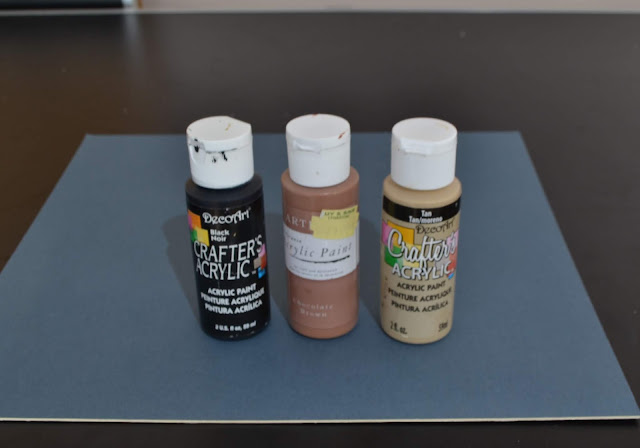 I used a mix of cheap artists acrylic paint. Black, Chocolate Brown and Tan. A dark shade was maintained using the brown and tan to create an irregular look. To protect the paint I gave it a coat of spray gloss varnish.

Another ECW foot regiment has been completed. The regiment raised by Prince Maurice: 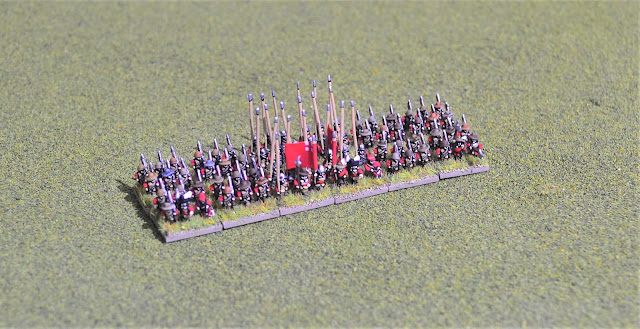 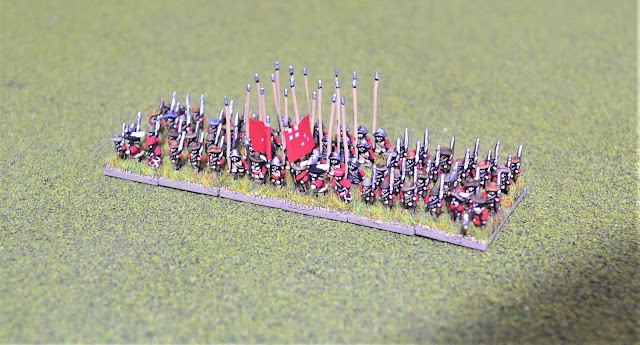 A slight experiment here. Baccus supply 2 standard bearers in their command strip. So far I have only been using one but with these particular regiments being on the large size, I decided to use them both enabling 2 separate smaller regiments to be created when required: