Turn 31
A selection of photos showing the final positions of units at the end of turn 31: 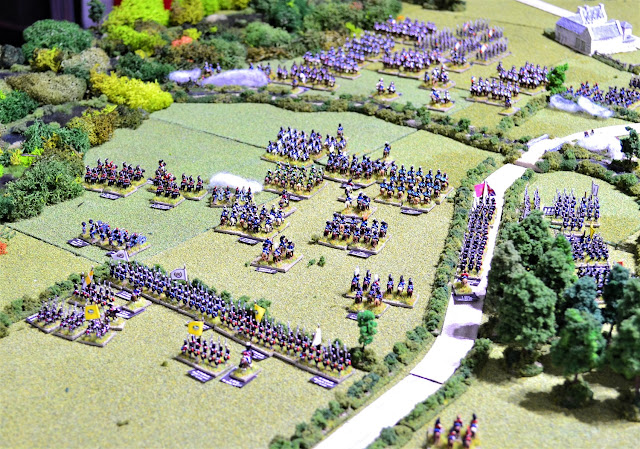 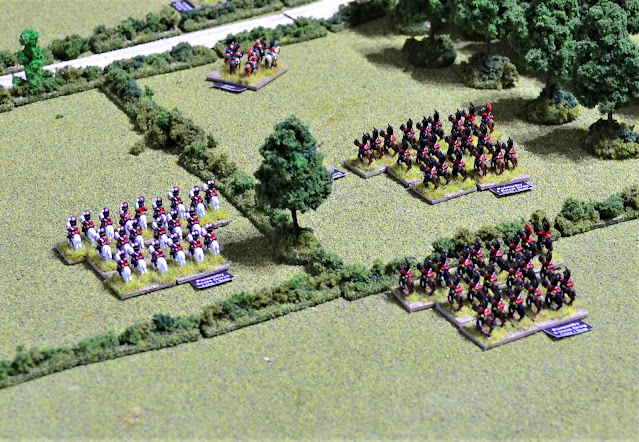 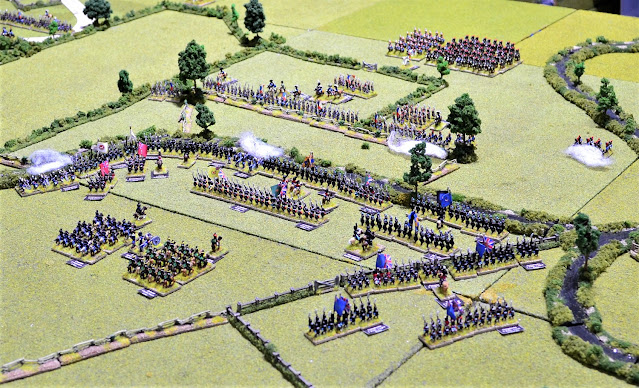 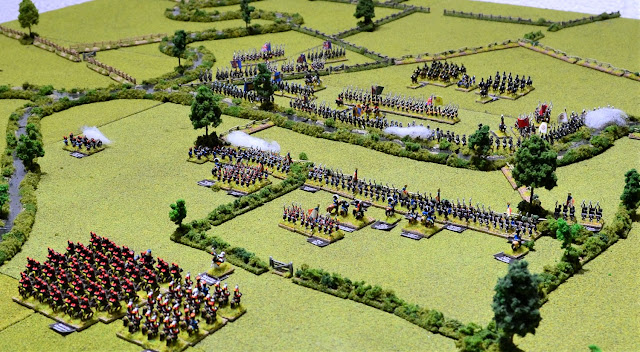 Grouchy's gamble failed and Hill will be pleased at the performance of his largely inexperienced force. It was always going to be a tall order successfully forcing a river crossing without more resources. That said it did momentarily come close as the Cuirassiers began to make some headway. The allies though did not give them enough time to organise a coordinated well-ordered attack, throwing in their own cavalry units when most of them were still unformed from the river crossing.
On the opposite flank the Guard light cavalry also caused the allies a brief panic as they surged into their position. Both flanks though suffered from the same problem, a lack of supporting infantry. They had already suffered heavy losses in the initial musketry exchanges. Losses they could ill-afford.
For the allies, the Dutch/Belgian cavalry outperformed to the pleasant surprise of Hill. He was in the process of reinforcing that flank with the Union brigade convinced they would be needed. The Dutch cavalry though played an important role in frustrating the French cavalry attacks.
Grouchy's Army of the West has suffered a battering as reflected in the casualty returns:
French: 342, recovered 90, overall loss 252.
Allies: 258, recovered 95, overall loss 163.
Even worse for the French their best troops took some of the largest losses. Most notably the Young Guard and the Cuirassiers regiments.
On the back of Napoleon's defeat against the Prussians and Soult's Army of the South defeat against the Anglo-Portuguese, the long run of French victories have come to an end. All 3 armies have crucial decisions as to how they can turn this around.
For Grouchy there is now no possibility of preventing the continuing arrival of British reinforcements for some time at least.
NEXT: Map Moves
Posted by Jon Bleasdale at 18:57