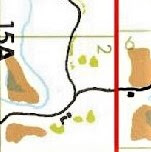 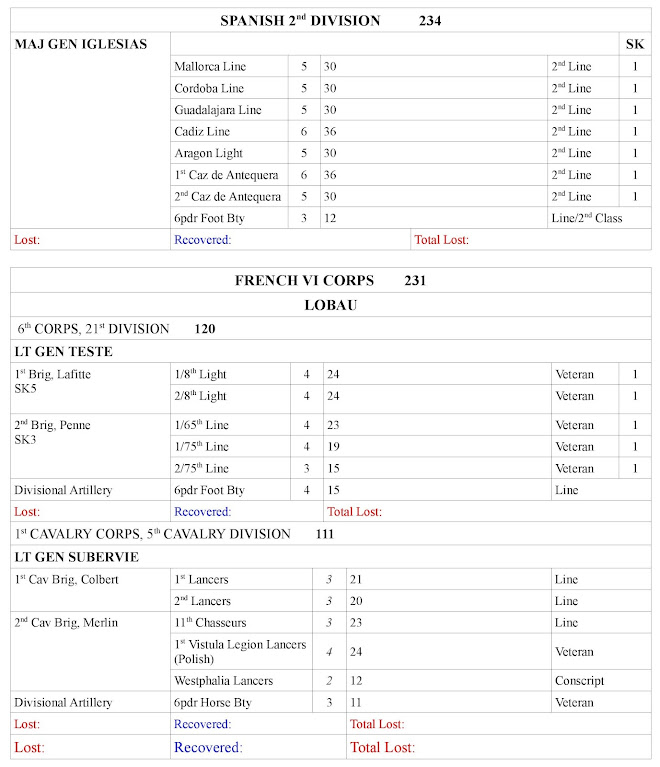 
An easy victory for Lobau and his mission of removing any threat to the French flank accomplished. Had the Spanish infantry been a little more resilient in engaging the French in melee it could easily have been a different result. The French infantry was heavily outnumbered and the terrain not conducive to effective cavalry operations. This lead to a failure of the French cavalry to take advantage of retreating Spanish infantry to cause them serious damage with the 2nd Lancers giving a glimpse of what could have occurred.
For Iglesias the rapid collapse of his division was a salutary lesson. He would indeed now join the newly raised main Spanish force to the north before engaging the French again.
Losses -
Spanish:  67, recovered 17, overall loss 50. (21% of his division)
French:  27, recovered 13, overall loss 14. (6% of the total)
NEXT: Battle of Holbrook (Holland) Allies v Grouchy
Posted by Jon Bleasdale at 18:54