On the Workbench: A Medieval Walled Town

For the next battle in my Napoleonic campaign I needed a walled town which gave me an excuse to finish the one in my possession.

It is manufactured by Total Battle Miniatures and is ideal for Wars of the Roses or the ECW. As my Napoleonic campaign is entirely fictional I calculated that it would be fine as a Prussian town!

Most of the buildings had already been painted and you will have seen them periodically in some of my games. I needed to finish the base, walls and gatehouses. I also based the whole thing on a piece of softwood and finished to match my terrain boards.

I have added some ECW figures to the photos to give some idea of scale. All buildings are removable and hence can be reused elsewhere. 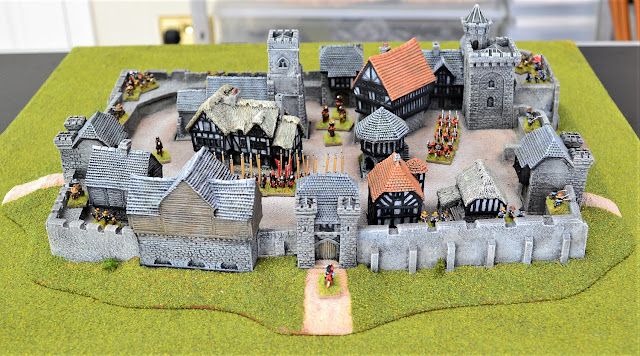 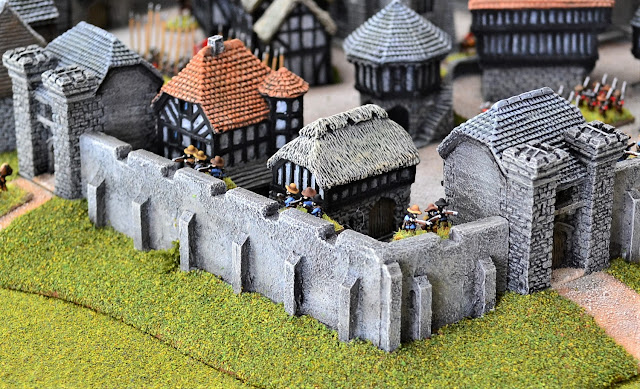 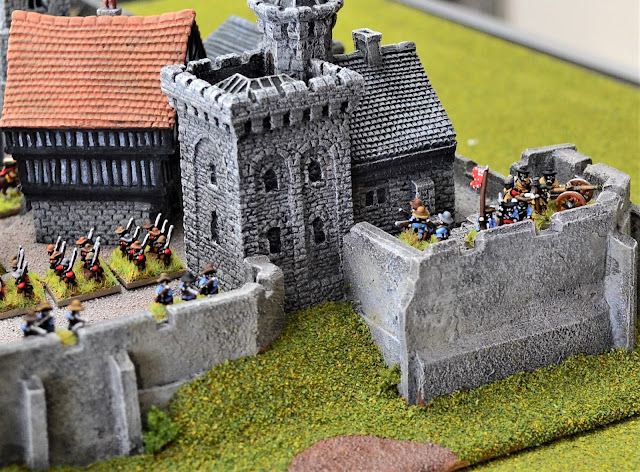 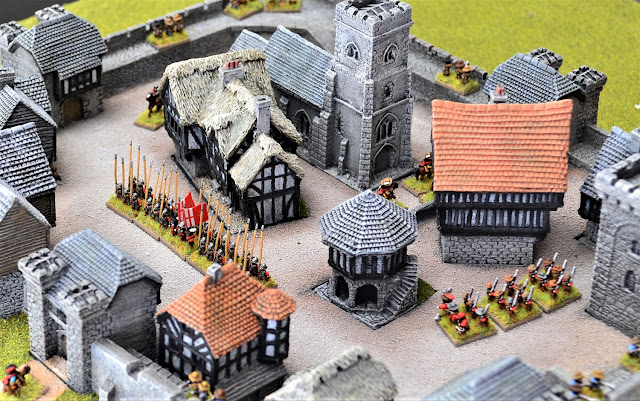 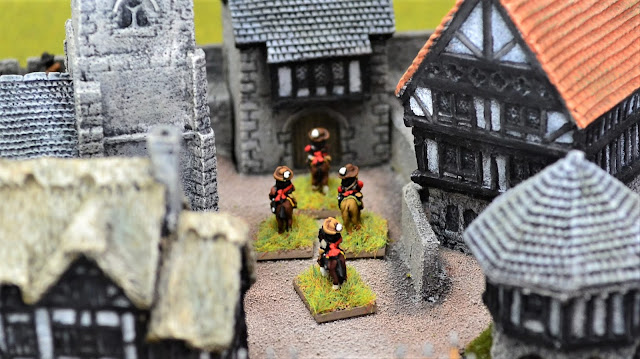 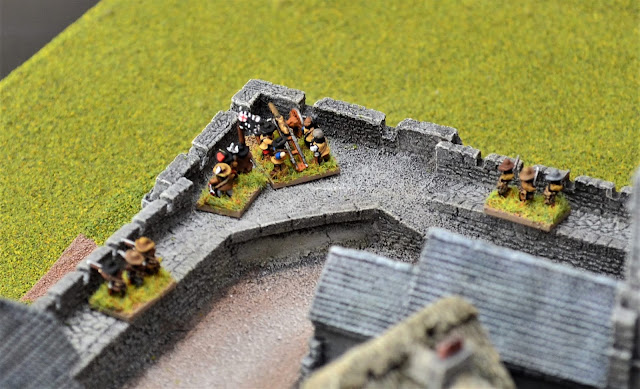 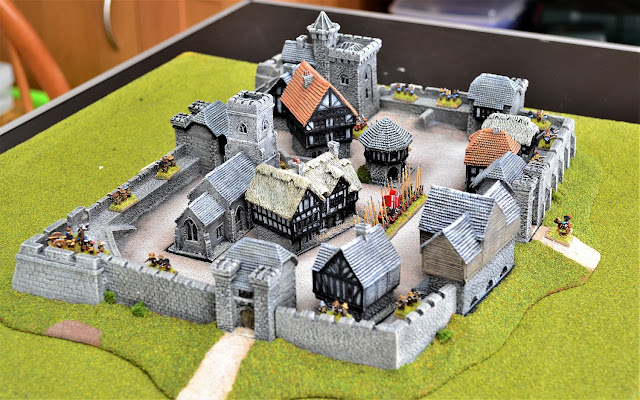 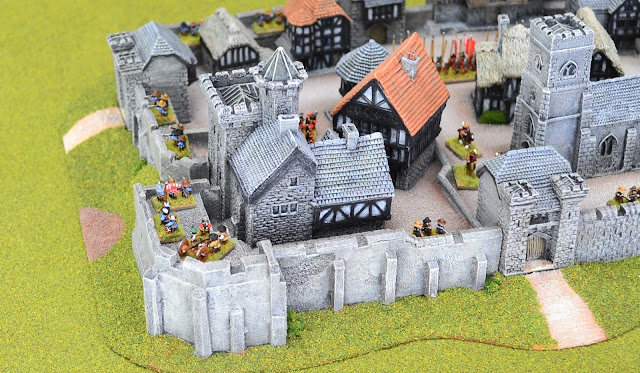 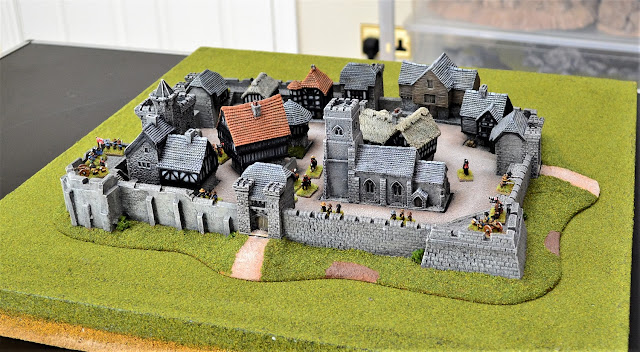 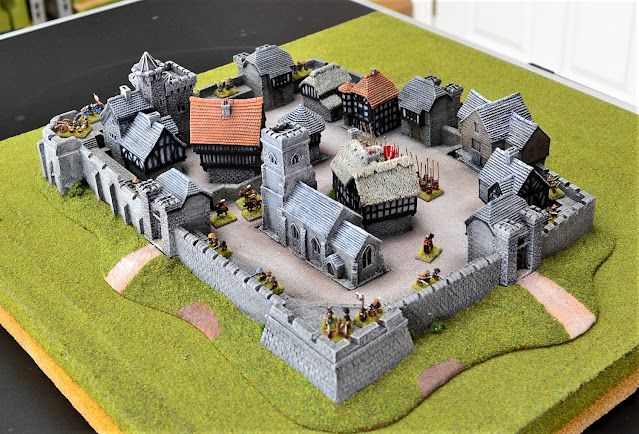 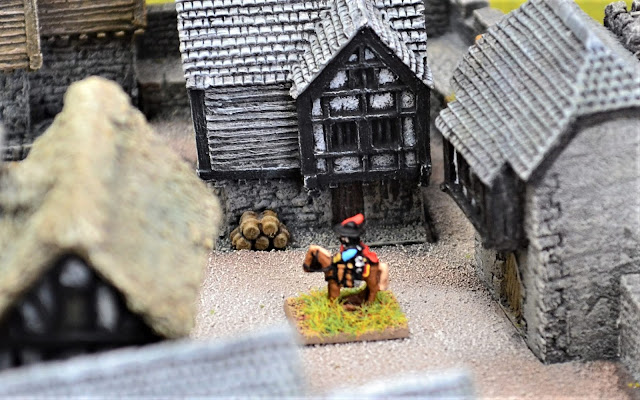 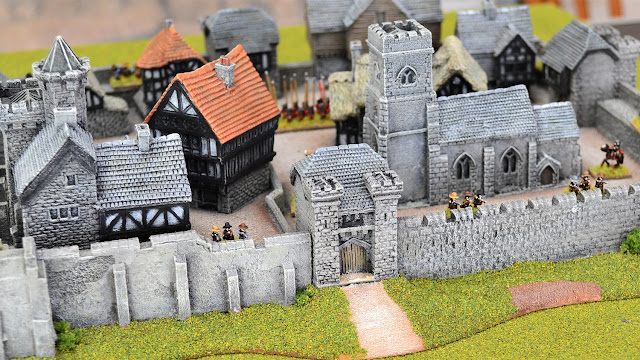 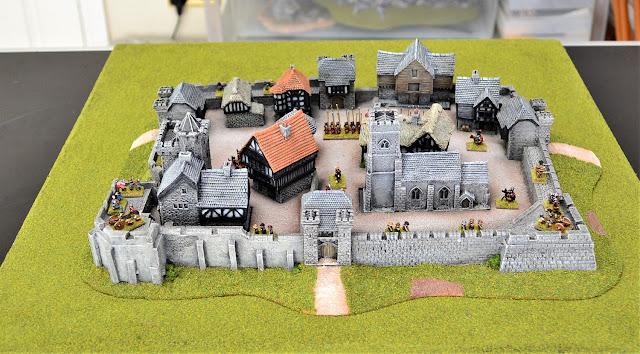 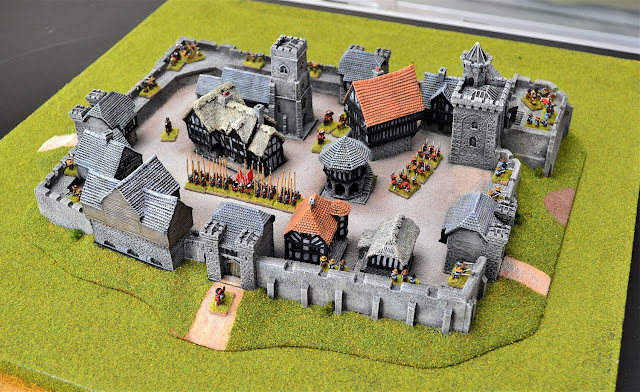