ECW The Battle of Chewton Mendip - Part 1 of 3: Introduction

The Battle of Chewton Mendip is the second battle in my project playing historical encounters from the Campaign Scenarios book - 'The 1643 Campaign for the South-West' by Robert Giglio. Principally written for 'Forlorn Hope' rules it can be used for any.

This is part 2 of a 2-part battle, the first being Glastonbury. There is an option in the scenario to treat both as a mini campaign with casualties carried over from Glastonbury. I decided to replay the action as a stand-alone battle using historical orders of battle.

After Glastonbury, the pursuing Royalist cavalry the same day met the Parliamentarians about a mile before the village of Chewton Mendip "the enemy faced about againe with theire horse" in Chewton Mendip Heath.
The Battle of Chewton Mendip
12th June 1643
Table Size 3'9" x 3'
Rules - Forlorn Hope 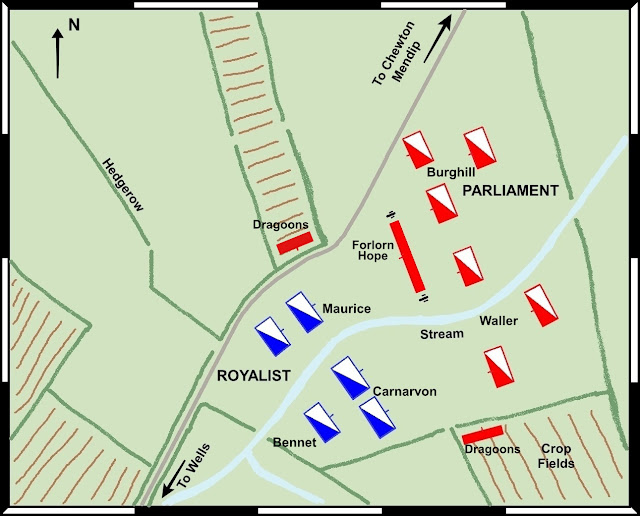 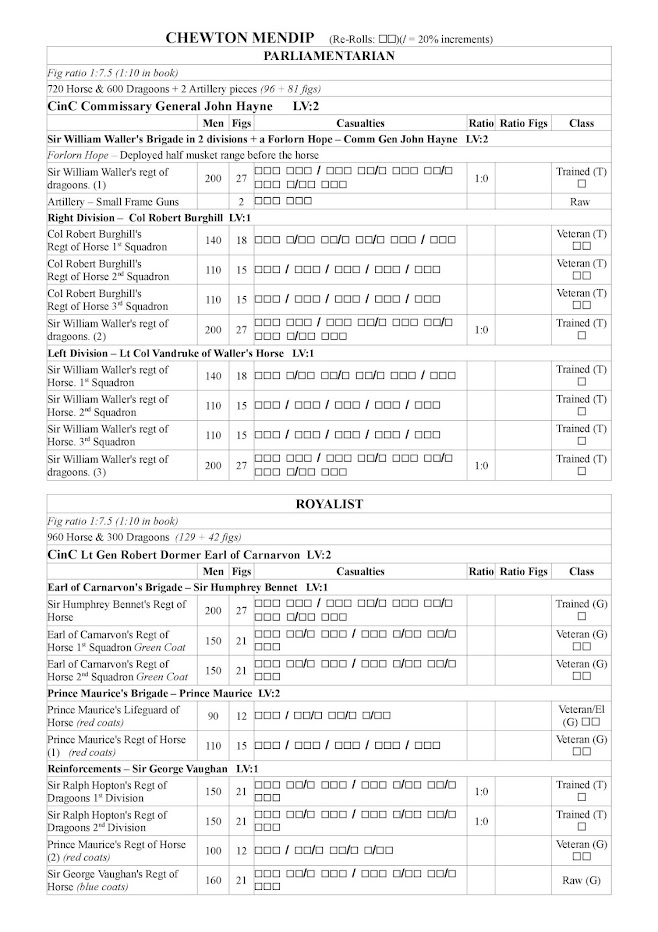 NEXT: The first moves.
Posted by Jon Bleasdale at 19:54