On the Workbench: More use for Rubber Steel sheets and Dirt Roads update.

Casting my eye around other uses for the recently purchased Rubber Steel sheets (see previous posting) my attention was drawn to my collection of 6mm rail tracks. I always intended to base these at some point but had not settled on what sort of base. 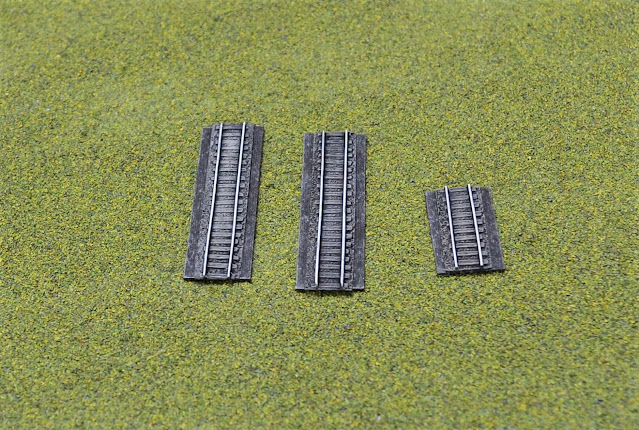 As with the dirt tracks they proved to be simple and quick to produce, in fact even more so. Cutting them in 15mm widths the track was merely pushed onto the adhesive side of the material.
I did not trust the adhesive to adequately hold the Woodland Scenics blend turf so painted PVA glue along each side before application.
Continued - 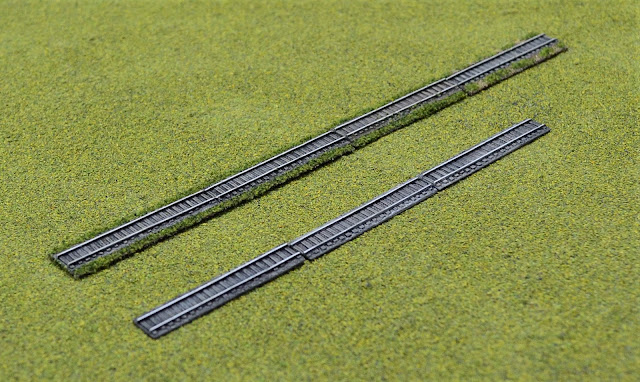 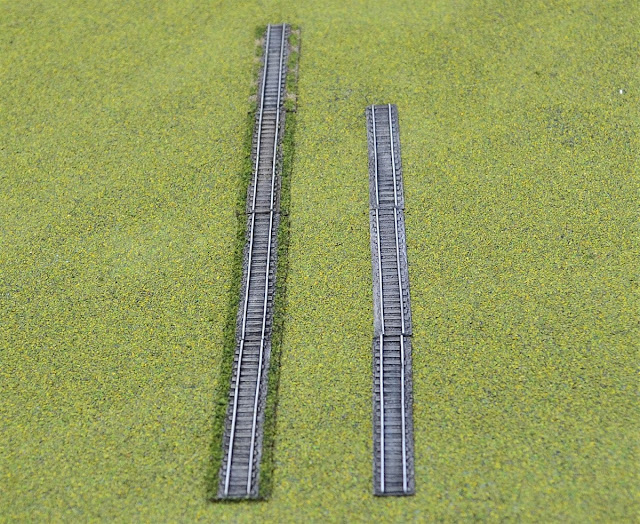 Before and after shots, and I have to say I am pleased with the results. The section closest to the camera are two lengths of rail on a single base. The section furthest from the camera was the first trial piece where I used filler to blend in the track with its base and sand added before painting. This obviously was more time consuming and in the end I felt not necessary.
For those of you not aware, the track is from Irregular Miniatures. 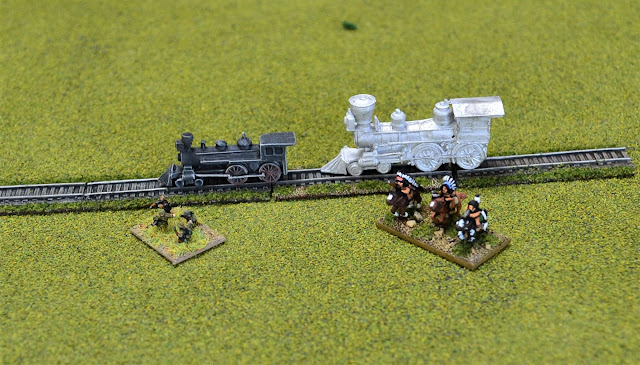 Another recent purchase was the Baccus Wild West train. You can see here the huge difference in size with its Irregular Miniatures equivalent on the left. It will have to be the Baccus train though for the Pony Wars project as, has can be seen, it is much more compatible with their Pony Wars range.
The figures on the left are WW2 Heroics & Ros which are fine with the Irregular Miniatures scaling and will be useful to know for any future WW2 train purchases.
Although much larger, the Baccus train wheel gauge is just marginally wider than the tracks. Frustrating but close enough to get away with in this scale. 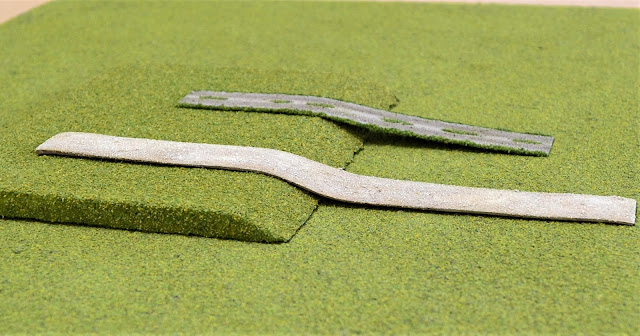 I intend now to address a couple of questions on the previous posting on dirt tracks. Firstly, their flexibility over hills.
Having sanded, painted and added flock to the dirt tracks it stiffened them slightly. They can be pushed down into the hill contours without and cracking or damage and they will flatten out again. They do though have a tendency to spring back as here in the photo. The other road section is one of my caulk sections which are more easily moulded to the hill. I do though find that these can spring back slightly over the course of a game.
This does not overly concern me as I usually fill any such gaps with loose clump foliage but there is no denying that the caulk roads have the edge here. It is weighing up the pros and cons of each in deciding which to go with or even a blend of the two. For me the rubber steel sheet is slightly ahead based on ease and speed of construction along with it lying flatter on the tabletop. I may continue to use the caulk roads though for undulating terrain if necessary. 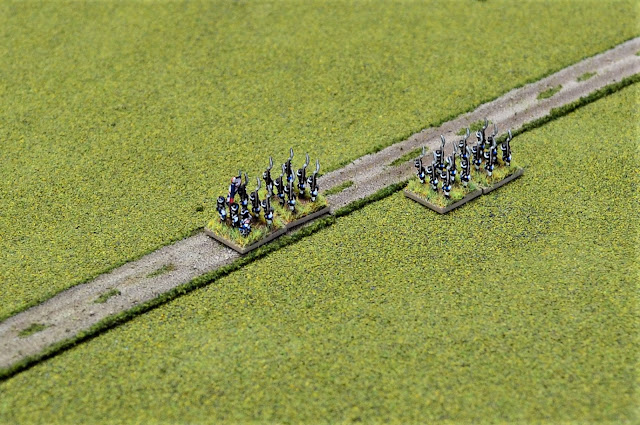 In response to a request to see 6mm figures alongside the tracks I include this photo which should give you some idea of the size and scaling.